You are now a college student in 1960s America and you see an advert on campus that catches your eye.

The advert reads, “Persons needed for a Study of Memory.”

You’re short of money and the advert says you will be well paid for your time.

You apply to the advert and soon afterwards you find yourself accepted and waiting in a corridor with another person. Shortly a man in white coat who calls himself the Scientist, comes along and invites you both into a room. The room is sparse and poorly decorated.

The Scientist gives you both your money in advance.

Nice cool crispy cash that you put in your pocket.

The Scientist begins by saying, “We’re studying how to punish people in order to make them more effective learners. This experiment requires two subjects, a teacher and a learner.”

The Scientist is holding two sealed envelopes and asks the other person to choose one. This other person makes their choice and opens the envelope – it reads “LEARNER”. You open the other envelope and it says, “TEACHER”.

The Scientist turns to the other person and says, “You’re the Learner,” and then turning to you says, “And you’re the Teacher.”

You feel quite happy about this decision as the teacher in you can come out.

Next the Scientist leads you both down a dark corridor and into another room.

Again, this room is poorly maintained but you don’t really notice this as there is one feature dominating the room, an electric looking chair!

“This is the electric chair room,” the Scientist says with a laugh, “And the Learner needs to be strapped into the chair.” The Learner looks a little nervous but the Scientist reassures both of you it is safe and you trust him, after all he is wearing a bright shiny white coat.

The Learner sits in the chair and you help the Scientist strap them in.

You feel a bit strange doing this, but you don’t worry too much. After all, It’s just a study isn’t it?

Closing the door on the Learner, the Scientist takes you back into the corridor and takes you into another room.

“This is the Question Room,” he states.

Here, inside this room, is not another electric chair but a desk, microphone and a generator connected to a dial of various voltages ranging from 15v to 450v.

Towards the higher end of the numbers are the warnings Danger and Extreme. You can feel the sweat on your palms but you’ve been told everything is safe and you believe it.

The Scientist explains, “You will read out a series of word sequences to the Learner and they have to repeat them back to you. If they make a mistake then twist the dial and administer a shock. Remember we are testing how much pain is needed in order to remember correctly.”

The Scientist continues, “You are the Teacher, and you are in control. I will begin by giving you a test shock so you can see the pain levels the Learner will feel. Unbutton your sleeve and hold out your arm for me.”

You comply and the Scientist rolls up your sleeve. He then takes what looks like some sort of electrode connected to the generator and firmly places it on your bare flesh.

The Scientist administers a shock.

The Scientist then hands you a series of cards with the word sequences on. “Let the memory study begin,” he says.

Into a microphone, You read out the first few cards that the Learner has to repeat back. Each time into your microphone you hear the Learner getting the sequence of words correct.

Everything is straightforward until the Learner makes their first mistake and without hesitation, as you have been instructed, you shoot them with 15 volts.

They let out a small yelp, more in surprise than actual pain.

You carry on with the cards and sure enough a second mistake is made. The dial goes up to 450 volts and you were tested at 45 volts. 30 volts seems fair and so that is what you give them.

Another hiss of pain crackles down the microphone, but you’re not too concerned.

When the third mistake is made you decide the Learner should receive the same amount of shock you did, 45 volts. The expected cry of similar pain to what you felt comes from the Learner.

After the fourth mistake you decide to go up to 60 volts and the cry becomes just that little bit longer.

On the fifth mistake, you are about to give 70 volts and the Learner pleads down the microphone, “Please stop, this is too painful for me.”

You turn to the Scientist and he calmly says, “The experiment must continue to the end.”

You turn back and look at the dial. You’re only about 15% of how far you can go with the voltage and you’re less than half way through reading out the cards.

What Do You Do?

You administer the 70 Volts and try to block out the sound.

But after that how far do you go?

You’ve already been paid and you’ve been assured that everything is safe.

How close do you go to the Danger and Extreme levels?

The Learner is in pain, but  maybe they’re faking it slightly.

On the sixth mistake you decide to go up to 85 volts and you are becoming so detached from their voice that it merely sounds like a lost echo, but it still rings in your ears.

But when the seventh mistake inevitably arrives You ask aloud, “How far can I go?”

How far can you go?

An Observation of Obedience

An observation of obedience, not memory and learning, was the true aim of Stanley Milgram’s experiment.

A social psychologist from Harvard University, Milgram made The Learner a stooge who was paid to act the part.

There was never any electricity passed through wires and the envelopes with the roles in were rigged to make sure you were the Teacher.

It was all make-believe so that the Learner deliberately knew when to get a question wrong.

Milgram carried out the Learner and Teacher test on several human guinea pigs, just like you, and he came back with some surprising results.

According to his research, just over 65% of the Teachers would turn the dial all the way up to the lethal voltage levels, meaning just 35% disobeyed.

Surely one human being would not inflict such pain on another just because someone in authority said, ‘The experiment must continue to the end.’

Milgram believed in his results and argued that under the right conditions anyone could easily be trained to kill if the conditioning is right.

However, Milgram’s claims have been subjected to a wave of criticism, the most of which is in the way the experiment was conducted. The “Persons needed for a Study of Memory” was  a carefully constructed hoax, in which the only person who believed it was real was you, the Teacher.

For safety reasons, the hoax was necessary but any time an experiment is conducted in an artificial environment can the results ever be real?

Milgram’s experiment has been copied and modified in a variety of settings across the world by other scientists and although the results vary widely there is an underlying trend that given the right time and place a human being can be influenced into the most hideous of actions.

Like Skinner before him, Milgram is accused of reducing you to a simple animal where personality plays no part in who you are.

But personality is exactly who you are and people rebel against established rule all the time. Your personality gives you the free will to break the rules if you choose.

And what about the people who refused to administer a deadly dose?

Given the elaborate setting of Milgram’s experiment why didn’t 100% of the Teachers comply?

Milgram said that he never tested personality traits and never carried out research to find out why the Teachers did what they did. In a later search to explain why 35% of his subjects were disobedient, Milgram carried out more experiments.

He tried to find clear links between types of personality and levels of obedience but only found a weak chain with so many ifs and buts that it would not hold any weight.

However, Milgram did manage to successfully transfer Skinner’s findings to humans but in order to do so he had reduced you to one of Skinner’s lab pets.

You would like to think that your personality is far more complex than that of a rat or a pigeon but how many times have you been in a situation where you have obeyed simply because it is easier than disobeying.

Has Milgram missed the mark or has he hit the bullseye?

A scientist leads you into a room… 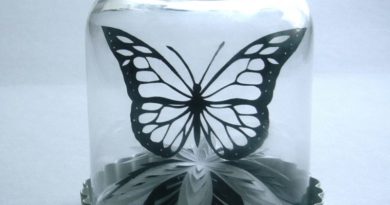 1.4. The Difference Between Brain and Mind 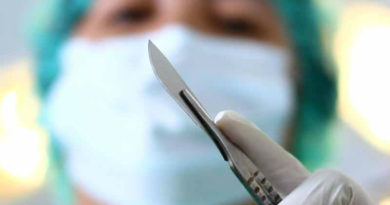 1.9. An Operation on the Brain – Henry’s Viewpoint

"What You seek outside yourself is available within." - George Fox