The civil war is often perceived as a battle between the Royalists and Parliment for the control of England. However, the war was just as much about what the official faith of England should be.

By the time the civil war had started, England was sharply divided in its beliefs – with a variety of religious groups convinced that their faith should flourish after the fighting had ended.

Before exploring the various faiths that shaped the course of the civil war, it’s necessary to explain why there was such vast religious tensions in mid 17th-century England – and to do that the Smudgy Guide goes back in time to nearly 150 years ago.

Henry VIII came to the English throne in 1509. Over the next few years, the Reformation – a movement seeking to breakaway from the perceived corrupt Catholic Church and its head the Pope – swept across Europe gaining many followers.

Partly due to the rise of the reformation and partly due to his desire to divorce his first wife Catherine of Aragon, in 1534, he made into law the Act of Supremacy.

This meant as well as being King of England, Henry replaced the Pope as God’s representative for the English on earth. Such a dual role of monarchy and religion required a new title and that was Defender of the Faith, thus making Protestantism the official religion of the land.

Elizabeth I succeeded her father to the throne in 1558. In taking the title Defender of the Faith, a systematic crackdown on Catholicism began, because Catholics were mostly seen as nothing more than traitors and terrorists. Simply praying to the Pope, head of the Catholic church, could result in the punishment of torture or death if you didn’t retract your beliefs.

When the protestant Scottish king James I came to the English throne in 1603, he was a worried man. Worried that there would be a Catholic uprising against him. Two years later in 1605, led by a group of Catholic extremists, the expected uprising took place in the form of the Gunpowder Plot.

The plot, designed to blow up Parliament when James I would be in attendance, ended in failure when one of its leaders was captured. The plotter was Guy Fawkes and upon his arrest, he confessed to seeking to put a Catholic back on the throne. In his own words he wanted, “To blow you Scotch beggars back to your native mountains.”

Unsurprisingly, Fawkes endured a particularly brutal execution. Being hung, drawn and quartered he had his near dead body dragged through the streets of London. This was so in the words of the time, ‘he could be put to death halfway between heaven and earth as unworthy of both.’

In an attempt to diffuse the religious tensions James I commissioned a new translation of the bible in English with appeal to all British Christians. The King James Bible was finally published in 1611 and has gone on to be regarded as a classic of English literature.

Yet tensions remained and not just with the Catholics. The explosion of parliament may have ended in a whimper, but the flames of dissent were lit and about to burn bright. 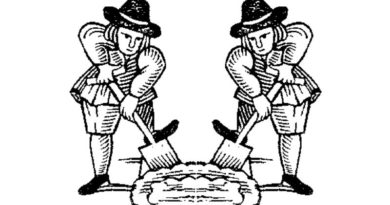 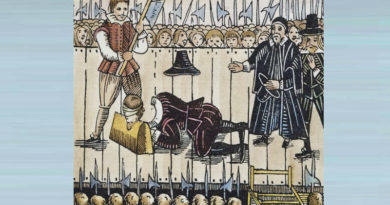 To Kill The King

"There is only one good, knowledge, and one evil, ignorance." - Socrates