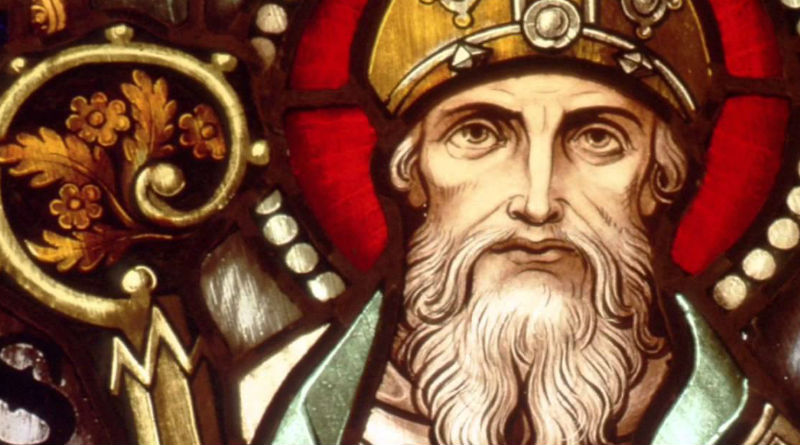 St. Augustine (AD 354 – 430) was a religious philosopher who bridged the gap between Greek philosophy and early Christianity.

There is no dramatic break with the Greek philosophy the minute we enter into the Christian Middle Ages. Much of Greek philosophy was carried over to the new age through fathers of the church like St Augustine.

Augustine was born in the little town of Tagaste in north Africa, which at the time was part of the declining Roman empire. At the age of 16 he went to Carthage to study. Later he travelled to Rome and Milan, and lived the last year of his life in the town of Hippo, a few miles west of Carthage.

However, he was not a Christian all his life. Augustine examined several different religions and philosophies before he became a Christian.

For a time he was part of the Manichchaeans, a religious sect that was extremely characteristic of the late Antiquity. The doctrine was half religion and half philosophy, asserting that the world consisted of a dualism between good versus evil, light and darkness, spirit and matter.

Illumination of the Soul

In 386, St. Augustine converted to Christianity and he argued that there are limits to how far reason can go in your religious questions. Christianity is a divine mystery that you can only perceive through faith. But, if you believe in Christianity, God will illuminate the soul so that you can experience the sort of supernatural knowledge of God.

St Augustine had felt within himself that there was a limits to how far philosophy could go. Not before he became a Christian did he find peace in his own soul. “Our heart is not required until it rests in thee,” he wrote.

In keeping with philosophy of Plato and applying it to Christianity, St Augustine certainly maintained that God created the world out of the void and that was a biblical idea. Augustine took the view that the biblical text should not be interpreted literally if it contradicts what we know from science and our God-given reason.

St. Augustine maintained that there is an insurmountable barrier between God and the world. In this he stands firmly on biblical ground, rejecting the doctrine of Plotonius that everything is one.

But he nevertheless emphasised that every person is a spiritual being. You have a material body which belongs to the physical world which, but you also have a soul which can know God.

According to St Augustine the entire human race was lost after the fall of man. But God nevertheless decided that certain people should be safe from damnation. This can be seen as a return to a belief in fate and prophesy. Thus, St Augustine’s owns theology is considerably removed from humanism of classical Athens.

The Problem of Evil

Where does evil come from?

The classical philosophers had speculated on the nature of evil, but the problem of how an all-powerful, all-knowing, loving God could create a system of things in which evil exists first arose in the medieval period.

This question was one that preoccupied St. Augustine.  To answer this, he looked to the Stoics who believed was no sharp division between good and evil.

St. Augustine believed, that evil is the ‘absence of God’. Evil has no independent existence, it is something that is not. For God’s creation is in fact only good. Evil comes from mankind’s disobedience, Augustine believed. Or in his own words, “The good will is God’s work; the evil where is the falling away from God’s work.”

St. Augustine’s most famous work was City of God, in which he conceived of the church as a heavenly city or kingdom, ruled by love, which will ultimately triumph over all earthly empires which are self-indulgent and ruled by pride.

He emphasized the church’s strict independence from, and its superiority over, the civil state. Begun in the aftermath of the sacking of Rome by the Visigoths in 410, it was to some extent written as a defense against those who blamed Christianity for the fall of Rome, and to restore the confidence of his fellow Christians.

City of God would remain highly influential throughout the Medieval period, thus making the philosophy of St. Augustine a cornerstone in Western thought. 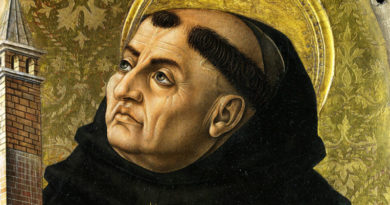 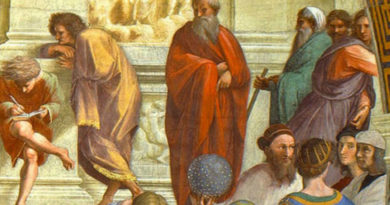 "So will you be possessors as well as professors of the truth." - William Penn

Priesthood of all Believers

Could Quakerism be the radical faith that the millennial generation is looking for?