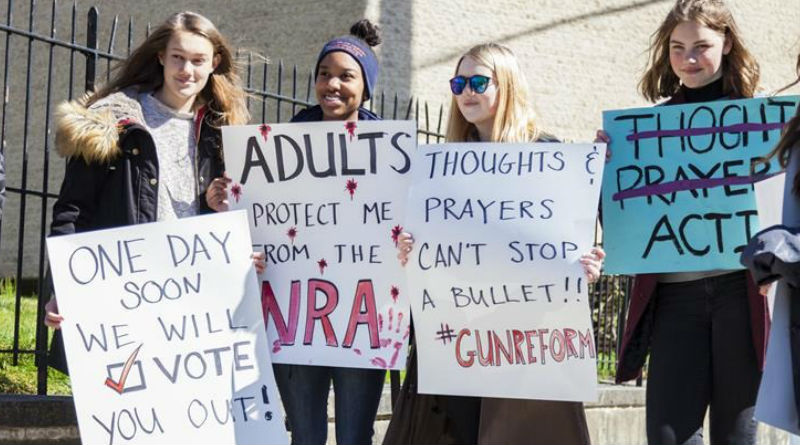 Since 1999, more than 187,000 students have been exposed to gun violence in American schools. Now they demand it ends.

1999 is the date of the Columbine High School massacre where two senior students shot dead 12 fellow students and a teacher.

Multiple new school shootings occurred during the next decade, but it would be in 2012 that America witnessed the worst school shooting in its history.

Before driving to the school, he shot and killed his mother at their Newtown home. As first responders arrived at the school, Lanza committed suicide by shooting himself in the head.

After the Sandy Hook massacre much debate took place in American politics about how to tighten gun regulations and make schools safer.

However any attempts at meaningful change were blocked by the pro-gun lobby led by the National Rifle Association (NRA).

The NRA was formed over a century ago in 1871 to advocate gun rights and firearm safety. In 1971 its aim shifted to directly lobbying the U.S. Government against gun regulations. In America, successful lobbying is mainly achieved by whoever spends the most money on their cause. The NRA started receiving hefty donations from gun manufacturers.

They spent their way into ensuring government policy was never tightened and gun sales would continue uninterrupted.

The second amendment of the U.S. Constitution gives American the right to bear arms. It was added to the Bill of Rights in 1791 and was designed as a right to self defense. This was in a time when guns were single-shot muskets and hand-guns.

Due to the lobbying of the NRA and its supporters, now in the modern age, assault rifles and weapons designed for the battlefield are allowed to be owned in the hands of any adult American.

Even efforts to bar certain citizens from owning arms, such as those with a mental illness or those or a terrorist watch-list, have come to nothing.

All this defiance of common-sense just to sell more guns.

Over the past two decades, a handful of massacres that have come to define school shootings in this country are almost always remembered for the students and educators slain. Death tolls are repeated so often that the numbers and places become permanently linked.

The words Columbine and Sandy Hook are now shorthand for gun massacres. In 2018, Parkland became another shorthand for a gun massacre. It was in Parkland’s & Marjory Stoneman Douglas High School in Florida where 17 people, mainly students were shot dead by their fellow pupil.

These three school shootings killed a combined 55 people. However, under-pinning this figure is the fact that there is a crisis in American schools. According to a Washington Post analysis more than 187,000 school children have experienced gun violence while on campus.

Many are never the same.

School shootings remain extremely rare, representing a tiny fraction of the gun violence epidemic that, on average, leaves a child bleeding or dead every hour in the United States. While few of those incidents happen on campuses, the ones that do have spread fear across the country, changing the culture of education and how kids grow up.

Every day, threats send classrooms into lock-downs that can frighten students, even when they turn out to be false alarms. Thousands of schools conduct active-shooter drills in which children as young as four hide in darkened closets and bathrooms from imaginary murderers.

For the students of Parkland, many survivors criticized the response from politicians and asked them not to offer condolences but to take action to prevent more students from being killed in school shootings.

This sparked the #NeverAgain social media campaign, advocating tighter gun controls. #NeverAgain broke into the ground created by the #MeToo movement and the 2018 Women’s march. A series of wordwide demonstrations called March for Our Lives took place on 24th March 2018, with the main march taking place in Washington D.C.

The #NeverAgain movement went further still, by condemning politicians and organisations who had taken financial contributions from the NRA.

To continue pressure on the NRA, a super-Policitical Action Committee (super-PAC) was set up named Families vs Assault Rifles.

Another campaign to follow is Moms Demand Action, a grassroots movement, ‘Demanding reasonable solutions to address our nation’s culture of gun violence.’ They are part of the Everytown for Gun Safety Support Fund, which seeks to improve our understanding of the causes of gun violence and the means to reduce it.

Image is from the Friends Council on Education 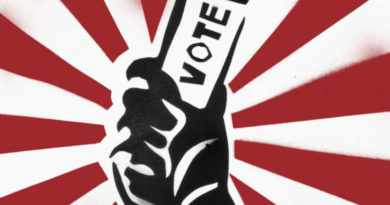 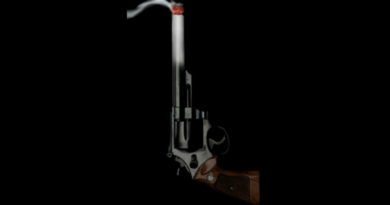 Stub Out the Arms Trade

"A failure is not always a mistake, it may simply be the best one can do under the circumstances. The real mistake is to stop trying." - B F Skinner

The Illegal Vote of Susan B. Anthony

Find a Quaker Meeting Near You