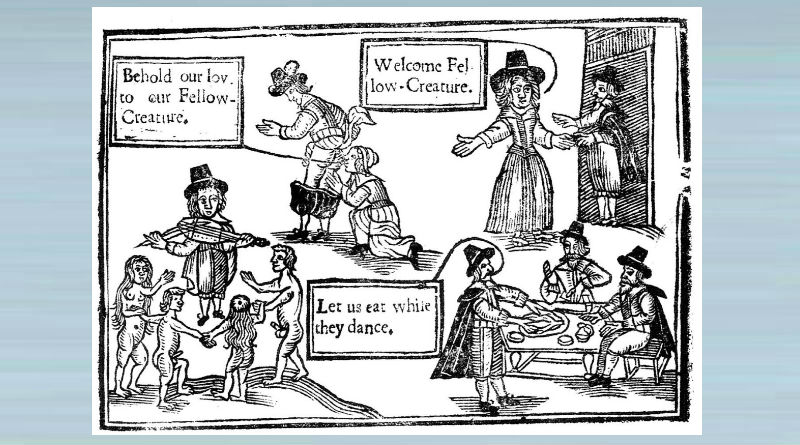 The Ranters were not an organised group or sect. Rather they were loosely connected radical individuals during the English Revolution.

The name Ranters is used as a generic term for these various individuals who were self-proclaimed messiahs, prophets and preachers who emerged towards the end of the Civil War Period and died out shortly afterwards.

The movement began with disillusionment over Oliver Cromwell and Parliment betraying the demands of the Levellers. In part, the Levellers wanted social reform to include religious tolerance, freedom to worship and the non-payment of tithes.

These were things the Ranters all demanded.

In general, they accepted the concept that God is in everyone and in every living thing, thus rejecting the othodox dualism which separated God in heaven from sinful men on earth. A group of Ranters in London called itself ‘My One Flesh’ to emphasise the unity of mankind and the whole of creation.

They rejected the literal truth of the Bible, the reality of heaven and hell, the Trinity and the notion of immorality, maintaining that spiritual salvation existed here on Earth. Ranters believed that this spiritual salvation would be achieved through nudity, blasphemy, swearing and profanity, and, most of all, sexual liberty. For the Ranters, sin was a product only of the imagination and that private ownership of property is wrong

Like the Quakers, the Ranters embraced the concept of the Indwelling Spirit, but went further by claiming that anyone who had made a personal relationship with God was no longer bound by conventional society and that whatever was done in the Spirit was justifiable.

Also in a true radical spirit, the Ranters called for compassion for outcasts – for beggars, rogues and thieves – and for an emphasis on impulse and instinct. They believed that any act was good as long as it was done with passion and conviction.

This encouraged a sense of liberation from all legal and moral restraint. Organised forms of religion could be rejected, the concept of sinfulness dismissed and the Bible itself disregarded. Free love, drinking, smoking and swearing were regarded as viable routes to spiritual liberation.

Ranters believed that Christ’s atonement on behalf of mankind was sufficient to save believers to such a degree that they lived in state of “free grace”. That is to say, the Ranters rejected the authority of Church of England.

This made them a potentially serious threat to the state and the stability of the country. No wonder the authorities outlawed them and their like in 1650 with the Blasphemy Act, the same year the pamphlet Ranters Ranting was printed (pictured above). The Blasphemy Act was an action that seems to have succeeded, as the Ranters soon vanished – even if their spirit did not.

The Ranters had earlier come into contact and even rivalry with the emerging Quakers, who were often falsely accused of direct association with them. A founder of the Quakers, George Fox, wrote in his journal, that by the time of the Restoration many Ranters converted to Quakerism.

« « The Commonwealth Of England --- Seekers » »
Posted in Radical Roots 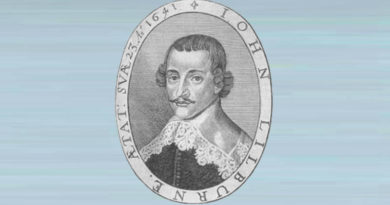 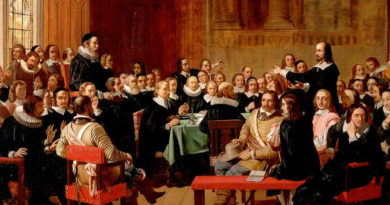 "Freedom is secured not by the fulfilling of one's desires, but by the removal of desire." - Epictetus