Imagine You are a dog. To be specific you are are a Russian dog named Baikal living in a laboratory.

Since from being a puppy your master Ivan Pavlov has treated you like all his other dogs.

You wear a muzzle around your mouth and surgically attached to the muzzle is a long tube-like container. The equipment is uncomfortable to wear, but over the dog years you’ve lived you’ve got more use to it.

A door opens and you hear the sound of a bell ringing.

It is your master calling you for feeding time.

You’re hungry and this is your favourite time of the day.

You scamper across the room and through the door to where your food bowl is. Your dog mind imagines a full bowl of food that will fill your belly near to bursting point. But when you reach the bowl, your dog eyes droop in disappointment. The bowl is empty.

What is your master doing?

Part of training a pet is to reward good behaviour. Go back to being the human You and suppose you have been given a puppy and you need to teach it to sit. You carefully take the puppy in your hands and position its legs carefully.

With your hands pressed in position on its soft fur, the puppy sits down with your physical guidance.

However, as soon as you let go the puppy has sprung up like a jack-in-the-box and is bouncing around the living room.

How do you control the puppy?

Carefully, you can take the puppy and reward it with a doggy treat every time the puppy does something right. Over time the puppy will learn the correct behaviour in order to get the reward.

Who is Ringing Your Bell?

The history of psychology actually begins at the end of the 19th century. In the 1890s, Russian scientist Ivan Pavlov took a dog and sounded a bell and gave the dog some food.

Very soon the dog would be drooling in anticipation at the food. If the bell was rung enough times then Pavlov discovered that he could make the dog drool just by ringing the bell.

By doing this, Pavlov discovered what is known as Classical Conditioning and is widely regarded as the first ever psychological experiment with proper proof.

For the first time in human history a direct connection between a mental process and a biological function had taken place.

Classical Conditioning means that you can take a biological reflex and make it occur with whatever association you like.

Therefore Pavlov could take the bell away and replace it with something else such as a flashing light or a smiling face and the dog would simply salivate at the thought of this being linked to food. Pavlov used the tube-like container to measure the amount of saliva that would drip down from the dog’s mouth.

Baikal has behaved well hasn’t he?

If you could get a dog to drool at just the sound of a bell, just imagine what else you could do? 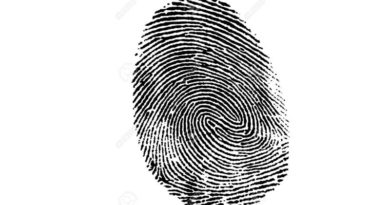 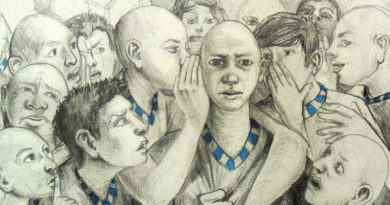 22. Beware the Enemies of Reason

"Freedom is secured not by the fulfilling of one's desires, but by the removal of desire." - Epictetus

Changing Ourselves, Changing the World

Every Existence Exists in Thee