The fact that Athens could condemn its noblest citizen to death did more than make a profound impression on him. It was to shape the course of his entire philosophic journey.

To Plato, the death of Socrates was a striking example of the conflict that can exist between what an ideal society is and how society really is.

Plato’s first deed as a philosopher was to publish Socrates’ Apology, an account of Socrates plea to the jury.

Socrates never wrote anything down, although many of the Presocratics did. The problem is that hardly any of their written material remains. But in the case of Plato, it is believe that all his principal works have been preserved.

In addition to Socrates’ Apology, Plato wrote a collection of epistles and about 25 philosophical dialogues.

That we have these works today is due not least to the fact that Plato set up his own school of philosophy in a grove not far from Athens, named after a Greek hero of the Trojan war – Academus.

“Ignorance of all things is an evil neither terrible nor excessive, nor yet the greatest of all; but great cleverness and much learning, if they be accompanied by a bad training, are a much greater misfortune.”

The school was therefore known as the Academy. Since then, many thousands of ‘academies’ have been established all over the world. We still speak of academics and academic subjects.

The subjects taught at Plato’s Academy were philosophy, mathematics, and gymnastics – although perhaps ‘taught’ is hardly the right word.

Lively discourse was considered most important at Plato’s Academy. So it was not purely by chance that Plato’s writings took the form of dialogues.

Plato was concerned with the relationship between what is eternal and immutable, on the one hand, and what ‘flows,’ on the other, just like the Natural Philosophers. Previously there had been the Sophists and Socrates turning their attention from questions of natural philosophy to problems related to the individual and society.

And yet in one sense, even Socrates and the Sophists were preoccupied with the relationship between the eternal and immutable, and the ‘flowing.’ They were interested in the problem as it related to human morals and society’s ideals or virtues.

In short, the Sophists thought that perceptions of what was right or wrong varied from one city-state to another, and from one generation to the next.

He set about trying to grasp a ‘reality’ that was eternal and immutable. 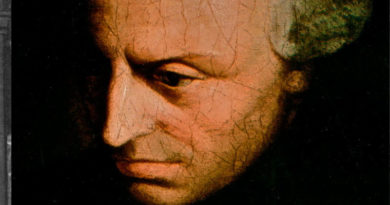 " The little we know about love does not transcend simple observation." - Harry Harlow

The Ravages of Austerity – An Analysis