Conchies, a play about Conscientious Objectors in Lincolnshire, has had two special performances at Lincoln Meeting House.

The performances in June 2019 were to commemorate the 100th birthday of local Friend, Don Sutherland.

Performed by theatre group A Certain Demographic, The play’s central theme tells the story of how those opposed to fighting in World War II faced persecution from both the public and the authorities. These Conscientious Objectors were mockingly known as ‘conchies’.

The ‘conchies’ of the play are a group of several people who acquire farmland in Lincolnshire and, with none of them having any experience, set about building and running a working farm. As you’d expect things don’t go smoothly at first and the pacifists ironically fight among themselves. But over time they succeed, albeit with a bittersweet ending.

The key strength of the play is that it is based on the lives of five real people and historical events. Local resident Ian Sharp spent four years researching the pacifist community in order to write the script for Conchies. “It is a remarkable story,” he says explaining:

“Young men and a few young women, from different parts of the country and from different backgrounds – artists, accountants, clerks, journalists, book-binders, out of work painters and decorators, and even a bespoke shirt cutter – left their city lives to farm rather than fight.”
Ian Sharp

During December 2017, Conchies performed to sell out audiences at The Broadbent Theatre in Wickenby, Lincolnshire. One special performance had an audience full of descendents of the ‘conchie’ community.

One of those descendents is Oscar-winning actor Jim Broadbent, who described the play as, “Really moving, very informative, a very complex and interesting piece of theatre.” Musician Damon Albarn was also in the audience and said the play was, “A powerful evocation; there was honestly not a dry eye in the theatre when I went with my family to watch it.”

With 100 years behind him, Don Sutherland (born in 1919) is a Conchie who was an original member of the pacifist community that farmed the Lincolnshire land.

During the play he makes a cameo appearance and did so at some of the Edinburgh performances in 2018. Aged 99 at the time, he was most likely the oldest performer at the festival.

For the two special performances at Lincoln Meeting House to commemorate Don’s 100th Birthday, Conchies was slightly reworked to include more experiences of Don’s life. Friend of Lincoln Meeting, Valerie Wilkinson, said, “It played to a packed house on two separate occasions to very enthusiastic audiences.”

Interviewed shortly before the performances last year in Scotland, Don said of the play and his own Conchie experience:

“As perhaps the sole survivor of pacifist farming communities in Lincolnshire in the last war, I’m grateful that Ian has drawn the strings together in the performance ‘Conchies’ at this Edinburgh Festival. I say this with great sorrow for those who fought and never came back.”
Don Sutherland 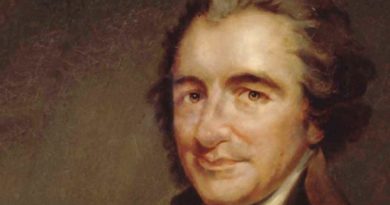 A Prism Through Which the Divine Light Passes

Martin Luther And The Protestant Reformation